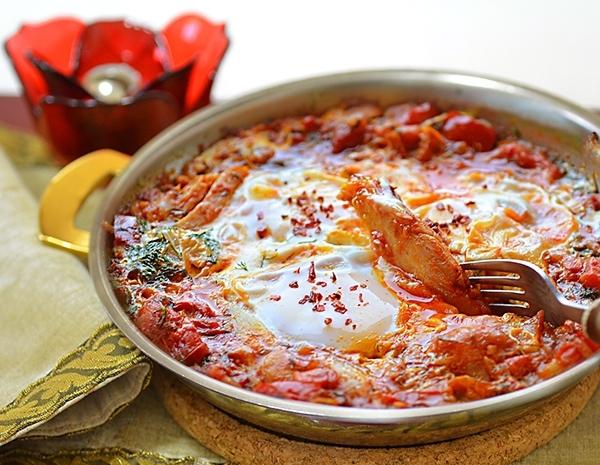 Photo of the finished dish

Each of you has probably tasted scrambled eggs with tomatoes and knows the taste very well. But is everyone familiar with the popular Shakshuka dish in the Arab world and in Israel? Shakshuka is not just eggs and tomatoes. It is a traditional dish, with a special cooking technique, with special spices, which is always served only in a pan. Shakshuka used to be a very frequent breakfast of mine in winter and summer, because in the Arab world there are always fresh vegetables.

I would like to offer you an Arabic version of the traditional shakshuka. “Shak-shak” in Arabic translates as “to shake,” “to mix,” hence the name “shakshuka” – “that which is mixed”.

The dish is cooked in one pan with olive oil. At first I could not get used to the special taste of olive oil, so I made this dish with butter, which seemed to me much tastier. So, cut the tomatoes and onions into small cubes. Squeeze the garlic through the press.

Braise everything in a skillet over low heat until the tomatoes are softened. Salt, add cumin, paprika and turmeric (mandatory). They create that oriental flavor. 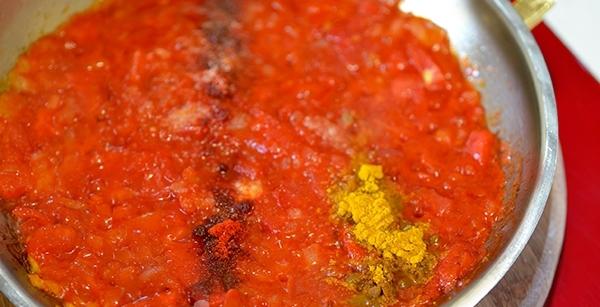 When the mass resembles more of a thick sauce, add finely chopped herbs, another diced tomato and some chopped chili peppers. Stir. 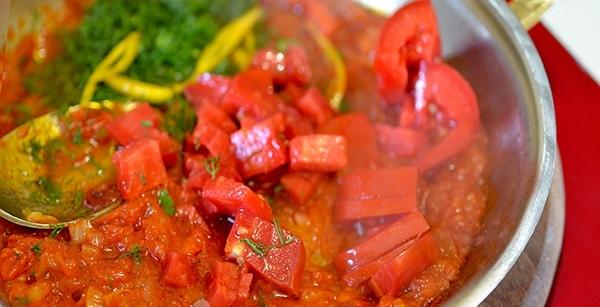 Add chunks of cooked chicken. I went further – I had a smoked ham, and I sliced it up in anticipation of getting something incredibly tasty in the end.

Immediately close the pan with the lid and simmer over very low heat until the whites are cooked. 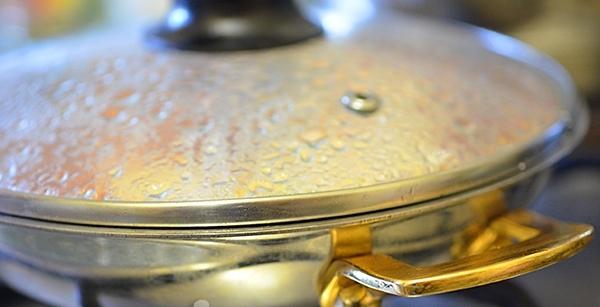 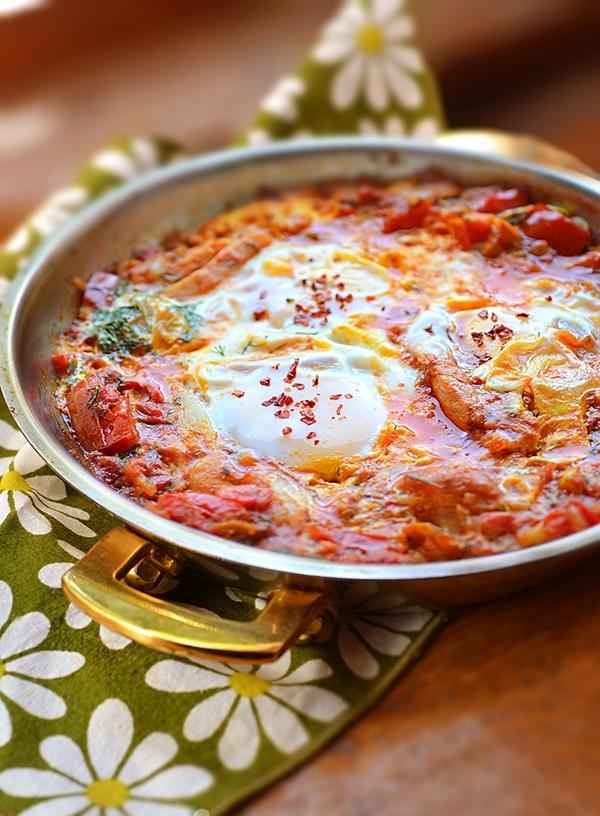 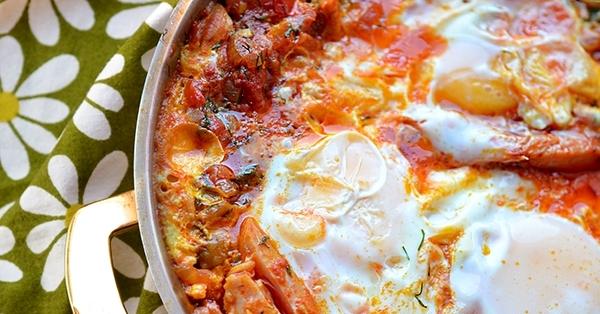